No, this is is not the Legends’ Doubles final at Wimbledon. It is an interesting subplot in the Murray vs Raonic Gentleman’s Singles Final at the Championships. Ever since John McEnroe joined the Raonic team as a consultant and Andy Murray’s pleas for a return to coaching were accepted by Lendl, the tennis galaxy as been purring with excitement for a showdown that would have these legendary rivals from the 80s face-off once more – this time in the Coaches’ corner.

To the delight of millions of tennis fans around the world, these legends have ensured that their wards make, not one, but both the tournaments that were played since the alliances were forged. In edition No.1 of the Team Lendl and Team McEnroe showdown, Raonic had the match in his hands – being a set and break up against Murray in the Queen’s Club final. Murray stormed back to record first strike for Team Lendl, this summer. 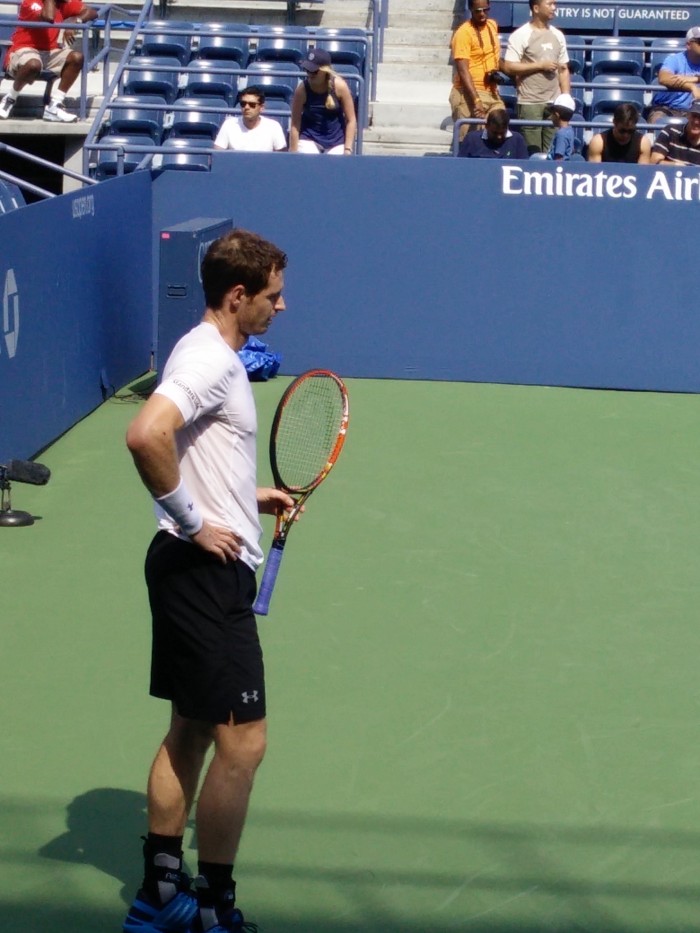 On the greatest tennis court in the universe, Murray and Raonic will battle again to claim the biggest trophy on the tennis calendar. This is, only, the 4th time that finalists at Queen’s club have repeated at Wimbledon, in the open era. The first time, it happened was in 1971 when John Newcombe won Wimbledon by reversing the result in the final of the Queen’s club. 11 years later Jimmy Connors did a Queen’s Club/Wimbledon double over the same opponent – one Mr. John McEnroe.

The last time the Queen’s club/Wimbledon finalists repeated before 2016 was 28 years ago in 1988 when Stefan Edberg of Sweden claimed Wimbleon over Boris Becker who had triumphed at the warm-up event. Needless to say, Murray is attempting to be, only, the second guy to do the Queen’s Club / Wimbledon double against the same opponent, in the open era.

Raonic has had the far tougher path to the Championship match – having had to play 2 five setters in this week, after a relatively straightforward first week. In the 4th round, David Goffin had Roanic on the very verge of elimination after winning the first two sets. Raonic, then made his first comeback from 2 sets down to book a place against Roger Federer, in the semifinal.

In the semifnal, Raonic inflicted a stinging defeat on the 17 slam champion turning around the match in a matter of a few minutes at the end of the 4th set. In between these matches, Raonic had an impressive 4 set win over Sam Querrey – playing the big points by imposing his game. A striking similarity in all these matches was how Raonic was able to play the game on his terms and put his opponent on the defensive.

The Canadian No.1 will have to continue that pattern effectively and possibly for even longer periods of time than he has done in the above-mentioned matches, as Murray’s defense – even on these slick grass courts is considerably tough to penetrate.

Murray’s path has been less rocky, but in what might prove very critical to the Murray-camp, Tsonga served them a warning, just in time to fine tune any wrinkles and also infuse some much needed mid-tournament energy to ensure that their campaign doesn’t flatline. Murray was coasting on cruise-control through the tournament before the Tsonga match and he should be more alert to the dangers Raonic possesses after facing similar heavy artillery from the French man.

As for the match-up between the two players, Murray leads the head-to-head 6-3 which includes a 5 match winning streak dating back to Tokyo 2012. Their last match and the last GS match have been competitive affairs that went the full way – in the Queen’s Club final and the Australian Open semi-final. The challenge for Raonic will be to close the deal – something he failed to do in both those matches after some super-fierce start.

Another x-factor will be how well Raonic will be able to handle the unique pressure that comes with a final at the hallowed Centre Court of Wimbledon. Added to that pressure is the challenge of facing up to a British opponent in his own backyard. The match against Federer should have helped him on that front, but one would think McEnroe’s mentoring will face it’s biggest test as Raonic will have to face up to the nerves of walking on to the Centre Court on the final sunday of the Championships.

Murray will have to deal with the opportunity/pressure of not having to face one of the other Big4 members in the finals of a major for the first time in his career. As the saying goes – it is a good problem to have.It will give him a much deserved chance to improve his winning percentage in the finals of the majors.

From a game point of view, Murray will have to take good care of his second service – particularly in the big moments. Should he slip on that front, Raonic will have the chance to take immediate control of rallies in big points, a position Murray would not want to find himself in too many times. Raonic will have to make sure he doesn’t blink in the big points – something he failed at in their matches at Queens’s Club and Melbourne.

Prediction: Raonic has been very impressive in the most successful grass court campaign of his career and would love to top it off with his maiden GS title, however he will have to do so by facing up to the most natural grass court player of the post-Federer generation. Murray has been a man on a mission, this year and will be determined to not let another GS slip out of his hands. Murray to claim his second Wimbledon title in 4 sets.

–Prakash Potukuchi [ Prakash is the co-founder of Sportz Cosmos. He tweets here.]