The defending champion Andy Murray and former champion Rafael Nadal have struck ominous form in their pursuit of a third title at the Championships as both advanced to the third round with straight sets wins over the German Dustin Brown and the American Donald Young on Day 3 on Center court. Murray who entered the event with fitness concerns scored a 6-3, 6-2, 6-2 win over the German who took out Nadal in round two in 2014, while Nadal beat the left handed Young 6-4, 6-2, 7-5 with the only blemish of not serving out the match for the first time at 5-4 in the third. He would claim the next three to end the day’s proceedings on center court.

Nadal, the champion in 2008 and 2010, next faces the promising 21 year old GenNext star Karen Khachanov of Russia who beat the Brazilian Thiago Monteiro, while Murray takes on the Italian Fabio Fognini in the round of 32 after the 28th seed took out the tall left handed Jiri Vesley of the Czech Republic. Also advancing in straight sets is the darkhorse for the tournament, Marin Cilic of Croatia, who beat the German Florian Mayer. The 2014 U.S. Open champion who last year squandered match point against Roger Federer in the quarter finals has looked imperious on first serves throughout the grass court season, where he lost the Queen’s final to the Spaniard Feliciano Lopez, ironically after blowing a match point.

Three more players are through to the third round without dropping a set in their second round match as Frenchmen Benoit Paire and Jo Wilfred Tsonga joined the South African Kevin Anderson in the round of 32. Paire beat fellow countryman Pierre Hugues Herbert, while the veteran Tsonga who reached the last four in 2011 and 2012, beat the Italian Simone Bolleli. Anderson beat another Italian veteran Andreas Seppi. The 32nd seed Paolo Lorenzi won his suspended first round match against the Argentine Horacio Zeballos in four sets.

In the lone upset of the day, the fourteenth seeded Frenchman Lucas Pouille, who reached the last eight in 2016, was eliminated by Poland’s Jerzy Janowicz in four sets 7-6(4), 7-6(5), 3-6, 6-1. Janowicz who reached the semi final in 2013 but has done very little since entered the tournament on protected ranking as he has been sidelined by injury. The most hard earned win of the day came for the 16th seeded Gilles Muller of Luxembourg who took out Rafael Nadal’s 2012 conqueror Lucas Rosol, 9-7 in the fifth set and could possibly face the Spaniard in the round of 16 on Monday. 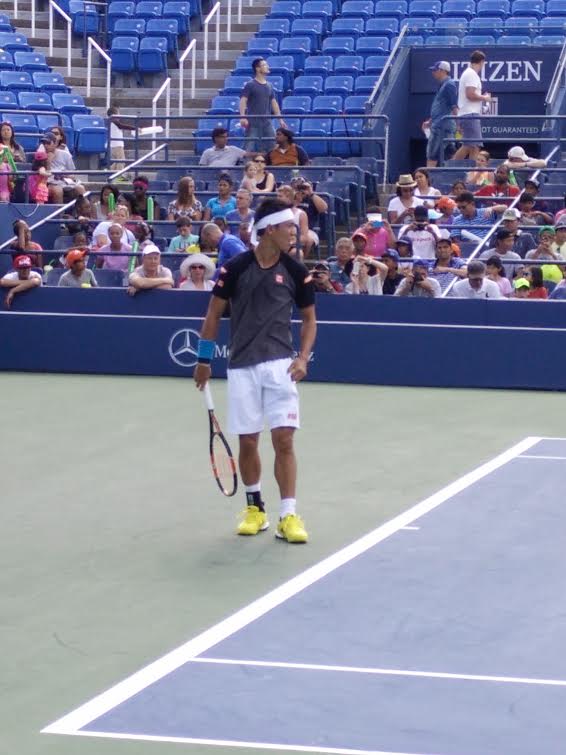 The ninth seeded Kei Nishikori beat the Russian Sergiy Stakhovsky, the conqueror of Roger Federer in 2013, 6-4, 6-7(7), 6-1, 7-6(6). Other seeded players to advance were the Americans Sam Querrey and Steve Johnson, and the Spaniard Roberto Bautista Agut. They have been joined by Slovak born British citizen Aljaz Bedene who after his marathon upset of Ivo Karlovic in the first round, had a relatively easy four set win over Damir Dzumhur of Bosnia Herzegovina. Ruben Bemelmans of Belgium overcame the Russian Daniil Medvedev in five sets. The GenNext star Medvedev had ended the hopes of Stanislas Wawrinka in the first round on opening day in four sets.

The following is the list of matches in the bottom half of the men’s draw, round of 64 with my pick mentioned first :- 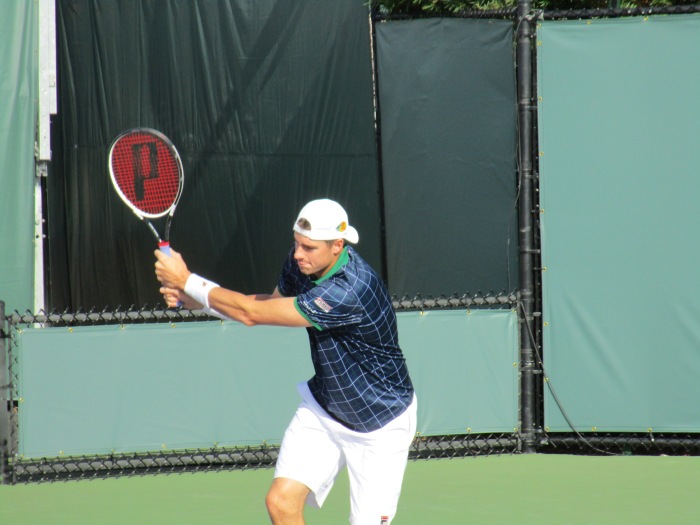 In the ladies section of the draw, local favourite Johanna Konta took three hours and ten minutes to battle past the Croatian Donna Vecik 7-6(4), 4-6, 10-8 in the first match of the day on center court. The newly crowned French Open winner Julia Ostapenko beat Canada’s Francoise Abanda 4-6, 7-6(4), 6-3 to advance. The most popular win of the day was scored by former world number one Victoria Azarenka of Belarus; the just returned mother on the circuit upset 15th seeded Russian Elina Vesnina 6-3, 6-3. Five time champion Venus Williams battled back to defeat Qiang Wang 4-6, 6-4, 6-1.

There was disappointment for the former two time champion Petra Kvitova of the Czech Republic, she lost to the unseeded American Madison Brengle 3-6, 6-1, 2-6. There were straight sets wins for the second seeded Simona Halep of Romania, fourth seeded Ukrainian Elina Svitolina and the Frenchwoman Caroline Garcia. Another American in action, the seventeenth seeded Madison Keys was bundled out by Camilia Giorgi 6-4, 6-7(10), 1-6. The Spaniard Carla Suarez Navarro, seeded 25th was ousted by Shuai Peng of China 2-6, 2-6. The other seeded players to progress were Ana Konjuh, Dominica Cibulkova. Heather Watson upset Anastasija Sevastova 6-0, 6-4; while Naomi Osaka beat Barbara Strycova, seeded 22nd, 6-1, 0-6, 6-4. The day’s other winners included Maria Sakkari and the German Carina Witthoeft.