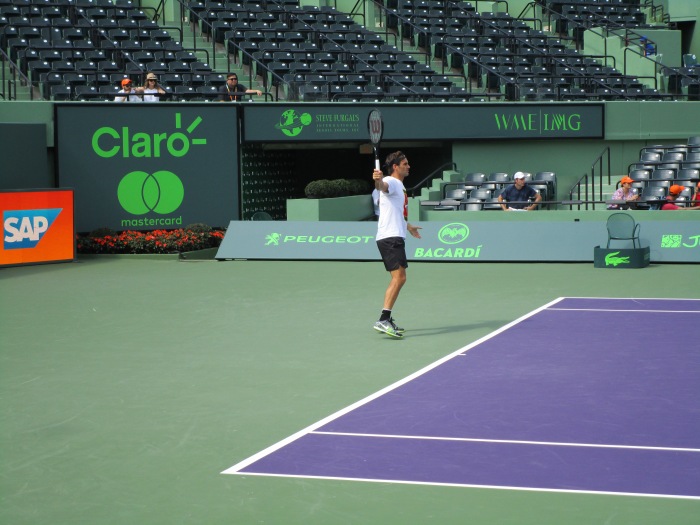 Three years after blowing a golden chance to beat Novak Djokovic, the then defending champion, Kevin Anderson of South Africa has finally made it count after coming from a two set deficit and erasing a match point on his serve in the tenth game of the third set to dethrone the eight time champion Roger Federer of Switzerland on Wednesday to become the first South African since Kevin Curran in 1985 to enter the semi final at Wimbledon. In a match lasting four hours and seventeen minutes, Anderson won 2-6,6-7(5),7-5,6-4,13-11.

The eighth seeded Anderson, playing in his 100th grand slam match, fired 65 winners and halts a four match losing streak against the Swiss, also denying the top seed a chance to reach his 13th semi final at Wimbledon. Federer who made his first appearance at Wimbledon in the year 1999, won the titles in 2003-07,2009,2012 and 2017. There was little hint of the drama to follow on court no. 1 after the Swiss took the first with two breaks of serve and then rallied from an early break of serve and a mini break down in the second set tie-break which he claimed 7-5.

Anderson saved match point at 4-5,30-40 on his own serve. He saved it with a backhand error from Federer but then broke in the next game to give him the opportunity to serve out the set. That he did winning five consecutive points from 0-40 down and it ended Federer’s streak of 34 consecutive sets won dating back to the first round last year. That seemed to have shaken the Swiss and he dropped serve at 3-3 in the fourth set. Anderson held his serve but saved a break point in the tenth game to force a decider. Both players held serve till 11-11 and then four fatal errors from Federer enabled Anderson to get the lone break in the set. He then served out the match at 15 to complete a stunning comeback.

Over on center court, the three time champion Novak Djokovic of Serbia only faltered briefly in the second set to enter his eighth Wimbledon semi final after a 6-3,3-6,6-2,6-2 win over Kei Nishikori of Japan. The Serb, seeded 12th, a winner in 2011, 2014-2015, beat the no. 24 seed in two hours and thirty five minutes. Just 12 months after retiring from his match against Tomas Berdych with a right elbow injury that resulted in a six month layoff, the former world number one is returning to peak form at just the right time. Djokovic is through to his 32nd grand slam semi final, second only to Roger Federer (43).

World no. 1 and two-time former champion Rafael Nadal squandered four set points in the second set tie-break and came back from 1-2 down in sets to win a dramatic 7-5,6-7(7),4-6,6-4,6-4 quarter final match on center court against Juan Martin Del Potro of Argentina in four hours and forty eight minutes. The Spaniard who won in 2008 and 2010 survived 33 aces and 77 winners from the 2009 U.S. Open champion.

Nadal looked set for a two set lead as he came from a break down and led 6-3 in the tie-break. At 6-5 on his own serve the top ranked player in the world double faulted but had one more set point at 7-6 on Del Potro’s serve. The Argentine reeled of the next three points to level the match at one set apiece. The pair split the the third and fourth set with only one break of serve. Nadal broke in the fifth game of the decider and saved break points in both the sixth and eighth game before serving out the match in tenth game at 30.

The last quarter final was a battle of the big servers as the 2016 finalist Milos Raonic of Canada took on the American John Isner. The 13th seeded Raonic had a chance for a two set lead but Isner rallied to win the second set in a tie-break after losing the first in a tie-break as well. From there on Isner, seeded ninth looked in complete command as the Canadian wilted after the disappointment of coming close to a two set lead. Isner broke once in the third and twice in the fourth set to seal a 6-7(5),7-6(7),6-4,6-3 win to set up a semi final against Anderson. Djokovic plays Nadal in the other semi final which will be their 52nd career meeting, the most between any two players in history.

Following is the semi final line with my pick mentioned first:-

Serena Williams battled back from a set down to beat Italy’s Camila Giorgi 3-6,6-3,6-4 to reach the last four stage at Wimbledon for the eleventh time in her career. The 36 year old American, who missed more than a year on account of maternity leave, now goes on to meet the German Julia Goerges who too rallied from a set down to beat Kiki Bertens of Netherlands 3-6,7-5,6-1 on court no. 1 on Tuesday.

The other semi final pits the former world number one Angelique Kerber of Germany against the 2017 French Open champion Jelena Ostapenko of Latvia. The 30 year old Kerber entered her third semi final after beating the Russian Daria Kasatkina 6-3,7-5 in an entertaining ninety minute match. Kasatkina hit 33 winners as against Kerber’s 16, but the 2016 runner up had only 14 unforced errors as against 31 from the 14th seeded Russian.

Ostapenko, seeded 12th, who suffered a shock first round loss in defense of her French Open crown in Paris in May, enters her first semi final at Wimbledon after a 7-5,6-4 win over Dominica Cibulkova of the Slovak Republic.

Following is the semi final line up with my pick mentioned first :-