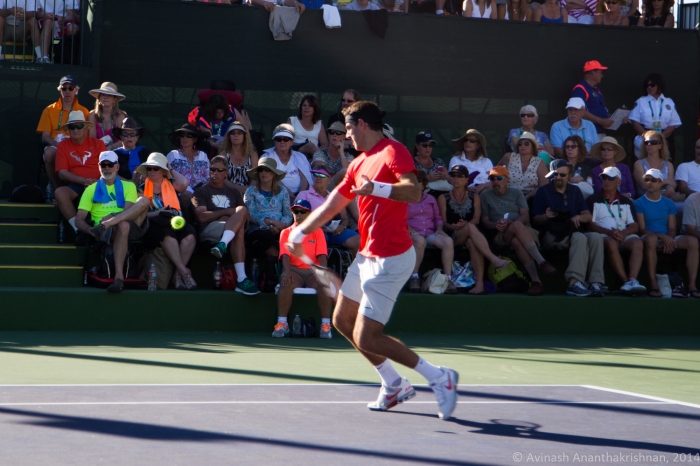 Nine years after winning his only grand slam title, Juan Martin Del Potro returns to the U.S. Open final where he plays two time champion Novak Djokovic, the reigning Wimbledon champion on Sunday as both look to regain their crown at the Flushing Meadows in New York. While the 29 year old Argentine won in 2009 (beat Federer), Djokovic won in 2011(beat Nadal) and then in 2015 (beat Federer).

Del Potro, seeded third has only dropped one set in six matches while Djokovic has dropped only two, one each in first and second round playing in the afternoon session. They will also be playing for the no. 3 ranking and vying for the second spot in the race to London. Djokovic leads the head to head 14-4 and the winner stands a good chance for a year end number one ranking. The only time they played in New York, Djokovic was a straight sets winner in 2012, a time when the Tower of Tandil as Del Potro is affectionately called was struggling with form and injuries.

In the first match on Arthur Ashe stadium on Friday, Del Potro broke serve to open the match only for the Spaniard to return the favour. Del Potro broke again in the ninth game courtesy of errors from Nadal, but then inexplicably wasted two sets on serve as Nadal broke back for 5-5. In the ensuing tie-break Del Potro was always in command as he won 7-3.

In the second set Del Potro wasted two break point chances in the second game and converted on his third break point chance of the fourth game to lead 3-1. Nadal saved one more break point in the sixth game, but the Argentine sealed the second set with another break to claim it 6-2. That was when the French Open champion and world number One called it quits with Tendonitis as the 2009 champion won 7-6(3),6-2. Del Potro improves to 11-6 in their career head to head. Nadal drops to 45-4 for the year, Del Potro who won titles in Acapulco and a maiden Master’s title in Indian Wells is now 43-10 for the year.

The second semi final was Djokovic all the way as he broke the 2014 finalist Nishikori’s serve in the second game, and clinched the opening set 6-3, losing only four points in five service games. He broke in the fifth game of the second set and that was all he needed. It was one way traffic as Djokovic broke in the third game of the third set. He got another break and completed a 6-3,6-4,6-2 win in two hours and twenty two minutes. 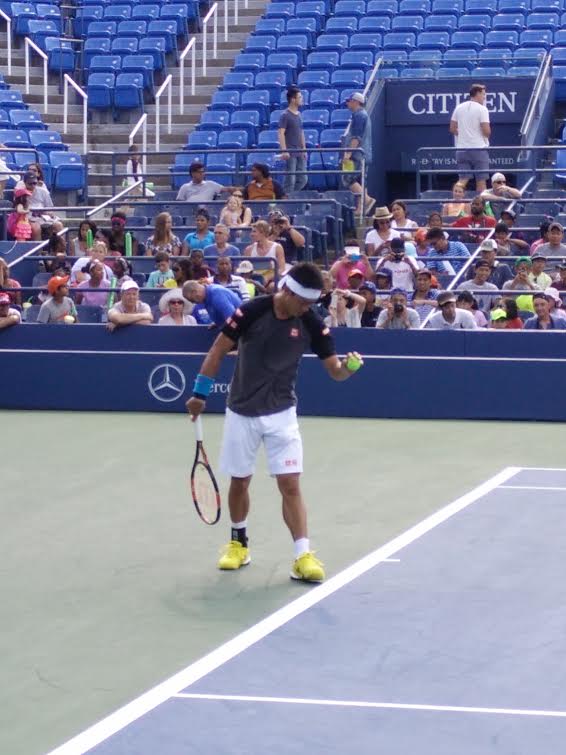 The world no. 6, who struggled in the first half of 2018, is now 39-10 for the year, which includes a fourth Wimbledon title and a maiden title in Cincinnati where he became the only player in the history of the game to win all nine Master’s titles atleast once. It was his 14th consecutive win against Nishikori, earning sweet revenge for his surprise defeat four years ago at the same stage here.

He is 15-2 against the 28 year old from Japan, who will rise to no. 12 in the rankings on Monday. While Djokovic is looking for his 14th grand slam title in his 23rd final, having won six Australian Open, once at Roland Garros, four times at Wimbledon and twice at the U.S. Open. Djokovic has won 70 career titles. On the other hand, Del Potro is playing only his second grand slam final and will be desperate to prove that his 2009 win was not just a one slam wonder. He has 22 career titles till date.

The women’s singles final to be played on Saturday, history beckons both the American Serena Williams and Naomi Osaka of Japan as both romped into the finals on Thursday is n straight sets. Seventeen seeded Williams, looking to equal Margaret Smith Court’s tally of 24 grand slam titles. She dropped only three games in beating the nineteenth seeded Anastasija Sevatsova of Belarus 6-3,6-0. The twentieth seeded Osaka dispatched last year’s finalist Madison Keys, 6-2,6-4, seeded fourteenth in the second semi final. She now has the chance to become the first player from Japan to win a grand slam title and on Thursday she was never looked like losing against the promising American.

Prediction :- When Serena Williams was on a comeback trail following maternity leave, the 20 year old Osaka inflicted a 6-3,6-2 win over the 36 year old Williams. The week before she won her maiden Master’s title at Indian Wells. That is the only time the two have met before. For all her greatness, Serena showed at Wimbledon she is beatable at this stage of her career. If Osaka can stay with Williams in the early exchanges she can make history but Williams should win this in three tight sets. Osaka’s time will definitely come soon.