Defending champion Novak Djokovic and Roger Federer have breezed into the third round at Wimbledon after both completed straight sets wins over unheralded American Denis Kudla and local favourite Jay Clarke. The four time champion Djokovic won 6-3,6-2,6-2 against Kudla, while the seven time champion Roger Federer survived a second set tie-break to win 6-1,7-6(3),6-2 against the British wildcard Clarke.

Top seed and defending champion Novak Djokovic played the final match of Wednesday on center court and wasted little time in dispatching the 111th ranked Kudla. He next goes on to play Poland’s Hubert Hurkacz on Friday who rallied from a set down to beat Leonardo Mayer of Argentina 6-7(4),6-1,7-6(7),6-3. Djokovic’s projected semi-final opponent Kevin Anderson of South Africa beat another Serb Janko Tipsarevic who is playing on protected ranking in four sets 6-4,6-7(5),6-1,6-4. 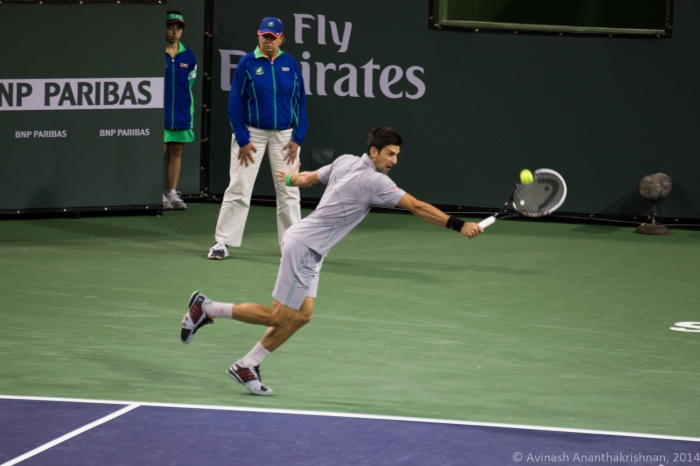 Federer who had dropped a set in the first round against South African Lloyd Harris, got off to the perfect start breaking the Briton’s serve twice in the opening set. Clarke came within two points of taking the second set against the Swiss superstar but Federer warded off the threat in the tenth game to force a tie-break which he won 7-3. There were two more breaks of serve in the third set as Federer reached the third round for the 17th time in career equalling Jimmy Connors’ Open Era record.

It is also his 70th third round of a major , extending his own record. He next goes on to face the 27th seeded Frenchman Lucas Pouille who won an all French match up against little known Gregoire Barrere 6-1,7-6(0),6-4. 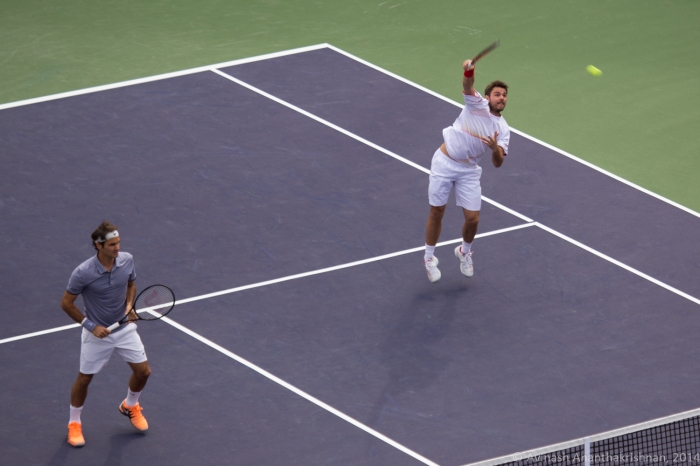 Last year’s semi-finalist John Isner has also bowed out after losing in five sets to the 31 year old Mikhail Kukushkhin of Kazakhstan. The winning scoreline was 6-4, 6-7(3),4-6,6-1,6-4 for the Kazakh who survived 35 aces from the ninth seeded Isner.

In an eagerly anticipated second round match up on center court, the Spaniard Rafael Nadal won a grudge match against the firebrand Australian Nick Kyrgios as the third seed went on to win 6-3,3-6,7-6(5),7-6(3) in what was the two time champion’s 50th match win at Wimbledon. Kyrgios served 29 aces against the 2008 and 2010 champion who now plays the Frenchman Jo Wilfred Tsonga, a 7-6(4),6-3,6-3 winner over the Lithuanian Ricardas Berankis.

In another lengthy match the American Tennys Sandgren prevailed 8-6 in the fifth set against the Frenchman Giles Simon. The eighth seeded Kei Nishikori was a 6-4,6-4,6-0 winner over the Briton Cameron Norrie. The 18 year old prodigy Felix Auger-Aliassime of Canada swept past the Frenchman Corentin Moutet 6-3,4-6,6-4,6-2. Other winners on Wednesday were the Frenchmen Ugo Humbert and Benoit Paire, the Russian Daniil Medvedev and Karen Khachanov, the Belgian David Goffin, the Spaniards Fernando Verdasco and Roberto Bautista Agut, the Italian Thomas Fabbiano, the conqueror of Stefanos Tsitsipas in the first round.

The Argentine Guido Pella and Jiri Vesley of the Czech Republic also advanced. Vesley followed up his first round upset of the sixth seeded German Alexander Zverev with a 4-6,7-6(5),6-4,6-4 win over the Argentina born Uruguayan Pablo Cuevas. 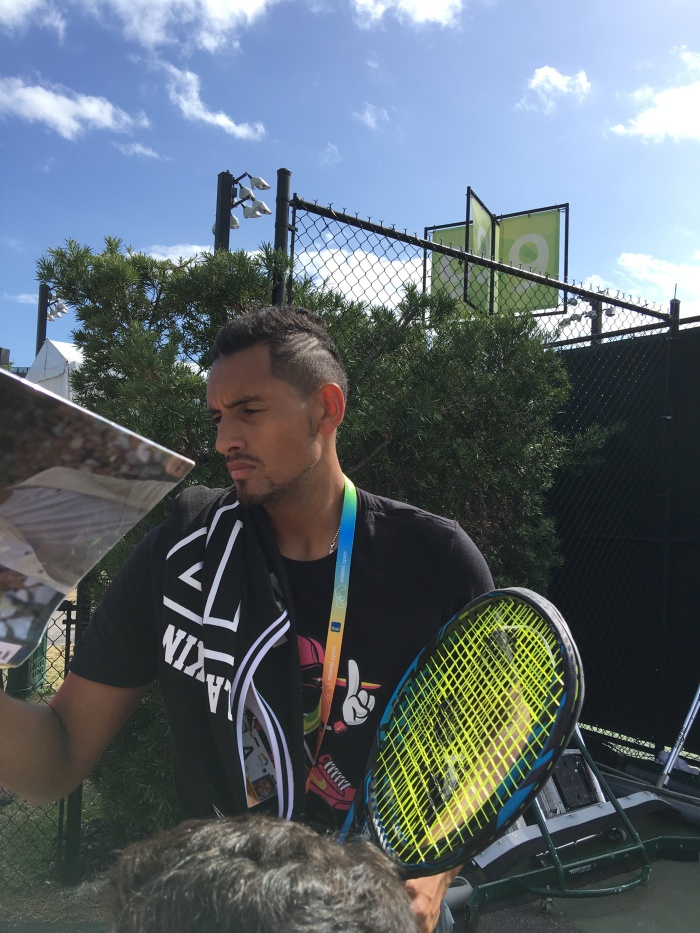 There were emotional scenes on court no. 2 as the enigmatic Marcos Baghdatis playing in his last match bowed out to the 17th seeded Matteo Berrettini of Italy 6-1,7-6(4),6-3. The 34 year old Baghdatis who reached the final at the Australian Open in 2006, had a career high ranking of number eight in a career spanning 17 years. Berrettini next plays Diego Schwartzman in the round of 32 on Saturday. The Argentine beat the German wildcard Domonik Koepfer 6-0,6-3,7-5.

Other winners on Thursday include the German Jan-Lennard Struff, Steve Johnson who beat another Australian Alex de Minaur in five sets, the Briton Daniel Evans, the Italian Fabio Fognini who beat the Hungarian Marton Fucsovics in five sets. There was success for Australia as John Millman upset the 31st seeded Laslo Djere of Serbia 6-3,6-2,6-1. Also winning was the American Sam Querrey, conqueror of Dominic Thiem and a semi-finalist in 2017.

Following is the list of matches I need round of 32 with my pick mentioned first :-