World number one Rafael Nadal saved one match point as he came back from the brink of defeat and almost certainly elimination on Wednesday as he defeated the Russian Daniil Medvedev 6-7(3),6-3,7-6(4) in what was a rematch of the U. S. Open final two months ago in New York.

Down 1-5 in the decider and facing match point on serve the Spaniard held his serve and then broke serve twice as he won 17 out of 21 points against the Russian who seemed to choke on the brink of victory. Medvedev trailed 0-30 on serve in the twelveth game but against the run of play came up with clutch service, something which deserted him while serving for the match at 5-2 and then 5-4.

On it went to a tie-break where Nadal reeled of the last four points, the last two coming on unforced errors from the Russian. The match lasted two hours and forty six minutes, Medvedev had 21 aces; while Nadal had only four. More importantly Nadal saved four out of six match points, while Medvedev who was broken four times in the match, saved five out of nine.

Later in the evening, the 21 year old Greek sensation Stefanos Tsitsipas making his debut appearance in London at the season ending finale, booked his trip to the semi-final with a 6-3,6-2 drubbing of the defending champion Alexander Zverev of Germany. Tsitsipas who beat Daniil Medvedev on Monday in his opening match also in straight sets is 4-0 in sets won/lost with two wins in the Andre Agassi group.

The sixth ranked Tsitsipas saved the only break point he faced, while converting on three out of the seven break point chances. He had eight aces while Zverev who had beaten Rafael Nadal in his opening match had five aces. Both Nadal and Zverev are 1-1 in group matches, but Zverev will advance if he beats the winless Medvedev in straight sets on Friday.

Earlier in the day on Tuesday, Roger Federer restored normal service as he won 7-6(2), 6-3 against the Italian Matteo Berrettini who like Tsitsipas and Medvedev is also making his first appearance at the season ending finale.

The 38 year old Swiss saved all three points he faced, while converting on two out of the four break point chances. Both the service breaks came in the second set. Federer is now in a must win situation in his final round robin match against one of his arch rivals Novak Djokovic who must win the tournament now to have any chance of clinching the year ending world number one ranking. 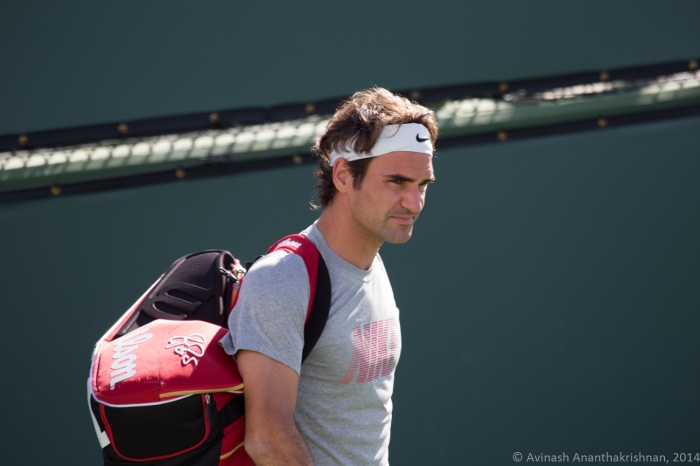 The duo who last met in the Wimbledon final where Djokovic saved two match points to win 13-12 in the decisive fifth set to claim his fifth Wimbledon title against the eight time champion.

The following is the list of matches in the final round of Group matches with my pick mentioned first :-